Anybody who knows anything about anything, knows that this year the Tour de France is kicking off in Yorkshire, and following the previous years success of Britons in the competition (Bradley Wiggins and Chris Froome both performed superbly in 2012 and 2013 respectively), excitement for this years event is reaching fever pitch amongst cycling enthusiasts. It’s actually been seven years since it last came to Britain, when 2007’s Bicycle Race (a famous Queen song, by the way, inspired by the event itself) kicked off in London. This year following the gauntlet of other legendary and romantic cities like Brussels, Cologne and Monte Carlo, is er… Leeds. 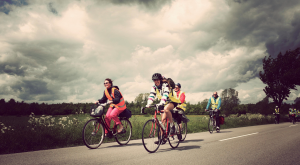 CC Thanks to Cycling for Libraries

Yes, the “London of the North” is hosting the world-famous cycling event, and Yorkshire’s roads are already full to the brim with have-a-go competitors who, inspired by the grand history and the beauty of the sport, have been inspired to take to their bikes, and set out onto Yorkshire’s hilly highways and bumpy county roads.  And for everyone else who has the sudden urge to start cycling, Cuckooland has you covered!  Here are our top three essentials for the Tour incensed wannabe-cyclist, and collection of ideal gifts for him.  We’ll see you on Millennium Square on the 5th!

The Tour de France is the biggest testament to 101 years of cycling history, so what better way to pay tribute to the grand tradition itself than with this retro-style puncture repair kit?  Go back to 1903 and imagine you’re one of the very first competitors in what would become an international cycling phenomenon!

Oh, and it’s not just about being all edgy and hipster – it’s actually a pretty vital bit of gear to take with you on long cycling journeys.  A sort of Swiss army knife for your bike, it contains tyre levers, a bone wrench, a bit of rubber solution – and all sorts of other maintenance essentials!  You don’t want to be caught without it when you spring a puncture in the middle of the Peak District! 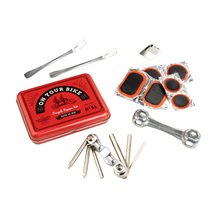 When you or your pals decide to have your Tour de France party; whether you’re watching the festivities on the telly at home, or celebrating having cheered the competitors on from the roadsides of Leeds and Huddersfield, you’re hardly going to be driving to a Party de Tour de France, are you?  Come on, context, people!

But of course, this raises the question; how do you transport all those beers and bottles of wine on your humble pushbike?  The Donkey Bicycle Bag answers that question, by providing six slots for bottles of your most delectable french wine. 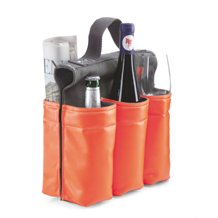 Everybody loves a good bike ride – the wind in your face, and that rush of adrenaline when you see a steep hill coming up.  But so many of us never get around to hitting the road because of one major issue – the hassle.  Faffing and fumbling around – pulling everything out of your shed and then putting it all back in, and then having to do the same when you get back – it’s a real problem.  With this handy and sophisticated bike holder, however, you can simply hang it up in the hallway until next time!  Handy for training for next year’s event, eh? 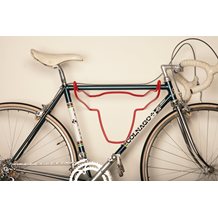 So there’s our own little contribution to the new, Great British wave of Tour de France fever!  If the Tour itself wasn’t enough, then hopefully the idea of no longer having to negotiate your handlebars out of a shed of awkwardly-placed rakes and lawnmowers has got you in the mood to get on your bikes and ride!

See you at Millennium Square on the 5th of July!