Ahhh, the good old British summer… Just a mention of a barbeque, in all its flame-licked glory, makes us want to dash to a garden, throw some buns down, and get cooking till we can’t lift the spatula anymore.

Before we do that – retying ourselves into our trusty chef’s apron – the Cuckooland team would like to offer a few words of wisdom on your own BBQ technique. Did we say technique, singular? Forgive us! There are actually a bunch of methods for rustling up a brill burger, sausage or skewer combo, and we’re going to tell you what they are.

So, don your white hat and sun lotion as we poke around at the tips and tricks you can use with a new BBQ. 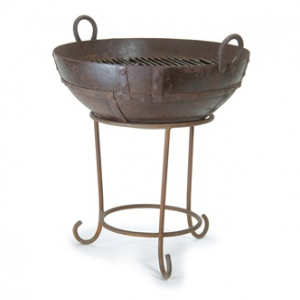 Okay, we’re getting this out of the way early, because it’s the cooking style everyone’s aware of. Furthermore, it’s the easiest to grasp; spark up the BBQ, let it warm up, and you’ll soon be cooking on gas – or charcoal if you’re a traditionalist!

Grilling doesn’t take much prep either. If you have an old-school BBQ – the sort with a big metal frame – start with your charcoal, laying it in the centre third of the pit. Once lit, the coals may throw up flames, but wait until they die down: the whole point is to use the heat baking up from them instead. Place your meat/fish/vegetables on the bars of the grill. This is commonly referred to as ‘direct cooking’, and it should be done with tongs if you have a pair to hand. Some chefs prefer wood for the fuel, as it stamps a smokier taste on your food – ask us, though, and we’ll stray to charcoal nine times out of ten, simply because it’s far more manageable.

A few minutes on either side will do for most meats… Chicken thighs, due to their thickness, will need around 10 minutes. To be on the safe side, invest in a thermometer and check the correct internal temperature before serving. 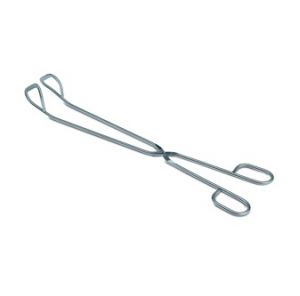 Since it doesn’t take much time or effort to get a grill on-the-go, a lot of people tend to favour that approach. Plenty of others, however, find themselves drawn to the hot roast strategy. That’s where the fuel is stacked at either side of the BBQ pit. A lid is placed on top, sealing the cooking surface and trapping heat, sort of like a supercharged kitchen oven.

Your cuts of beef, pork, chicken etc. are then laid on the middle point, as before, except they get a rounded blast of energy from the burning coals. It ensures they’re cooked evenly all the way through. One problem with grilling is that, when we take our eye off the meat for a long sip of beer, we might mistakenly assume the food is ready. A hot roast is the antidote, providing you’re more patient with the start-to-end timescale.

A hood like this is worth looking at if you want to give this technique a whirl. Designed to match a Thuros BBQ, it has a temperature gauge built-in, along with air vents to regulate the heat.

Playing (and winning) the waiting game

Now we’re going to put the brakes on even harder, with a patient culinary method that’s awesome for ribs, pulled pork, or any meat that’ll fall apart on your plate…

The ‘slow and low’ approach is favoured by those with a full hunk of to cook. Begin by lighting one batch of charcoal in a fire chimney, separate from the BBQ. When they turn grey, pour them on top of fresh charcoal pieces in the pit, ensuring that the heat is going to be consistent for several hours. Then, on the grill, stick an oven tray filled with water almost to the brim, covered by tin foil. You need to set a second grill layer, which requires a stackable BBQ. A slow-roast holder should be rested there directly above the water tray to hold your meat. A couple of hours can slip by until the meat is succulent enough to eat, so set a chair up and get some tunes rocking from those outdoor speakers to stay occupied!

It might take a while, but the results are tremendous, especially if you marinade the meat in vinegar or spices with a basting brush beforehand…

What makes a ‘modern’ BBQ, exactly? Aside from ease-of-use, there must be other cooking techniques to join the innovation, right? Yeah, actually – a total lack of smoke!

State-of-the-art BBQs such as the Lotus Grill rely on another heat source entirely. They have inbuilt fans, stoking the charcoal whilst using 90% less fuel to get your foodstuffs sizzling. Not only does this reduce the cost of cooking; it also results in uber-fast food preparation. The BBQ will be primed for cooking in as little as three to five minutes, depending on the size of the unit you’ve bought.

The Lotus can hold several attachments, like this quirky base for pizza baking, broadening the range of your BBQ skills to a degree you may never have considered before. A lack of smoke really does up the ante of what you’re able to achieve; other cool additions take the form of a teppanyaki plate, made for fusing ginger and soy into shrimp skewers and the like. And the BBQ sauce on top of this invention? It’s portable, which means you can take the good times (and flavours) with you anywhere outdoors… 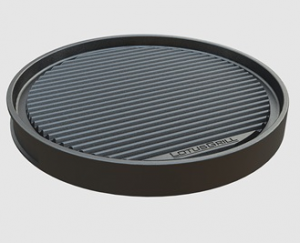 So there we have it: some awesome techniques to step up your grilling skills this summer. Hopefully, you’re feeling well set to sear a feast with Cuckooland’s BBQ guide. Test these cooking styles and discover what suits you, just like slicing into a slab of steak to see how it’s turning out.

Looking for a little more advice? Chew the fat with our BBQ advisory team on +44 (0) 1305 231231 or message customerservice@cuckooland.com.