As another bank holiday approaches, Cuckooland is alight with the festival spirit. We’ve seen more bands, stalls and tan lines than you can shake a pogo stick at (although if we had one, we’d probably try, after a cocktail or two!). But why, you ask, do I have to go anywhere to have an awesome time in the sun? Why not create the festival spirit in the comfort of your own back garden? You can still have music, a bbq, friends, drinks and cocktails.

We wholeheartedly agree with you, which is why we have some sumptuous ideas to turn your garden into a proto-Glastonbury for the weekend. There won’t be any muddy boots to contend with either, so let’s plug in and get going…

We’ve got you pegged

Obviously, to kickstart your little wonderland, there needs to be a firm contingent of tents to get those camping capers started. You can give each one a distinct theme – finger painting in the craft tent, anyone? – that’ll make each corner of your garden seem like its own retreat from the world.

The Glasto Cow Tent by Field Candy is a great way to bring a love of the British countryside right to your back door. Emblazoned with a finely drawn, bovine beauty, it’s the natural centrepiece to a mini-festival, with plenty of space for snuggable reading sessions and bright arrays of goodies on trays. Significantly larger than most of its two-man competitors, the Glasto tent can be set up in 5 minutes, which warrants ‘main stage’ status in our books! 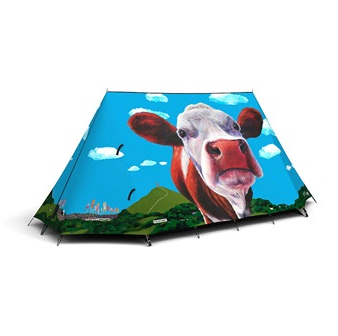 After setting up your main feature, dot other tents around your garden, each with a flavour that can suit whatever your creativity comes up with. The Clowning Around Kids Tent, for instance, knows just what fun looks like. It’s a fantastic item to store dressing up clothes for the kids, so they can be their very own carnival troupe when the tombola gets spinning. 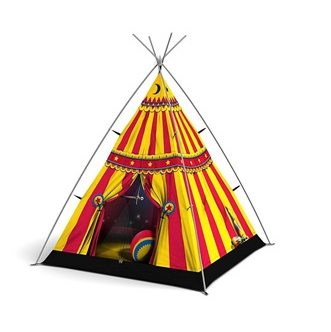 If things get too much, have a chill-out zone ready, with a splash of shadow to take the heat off those happy revellers. Field Candy once again deliver the goods with their Rock Lobster Sun Shade, a UV-protected gazebo that comes with pre-fixed ropes, springing to action in a jiffy. Now step back, breathe deeply, and smile at the conglomerate of cool you’ve set up! 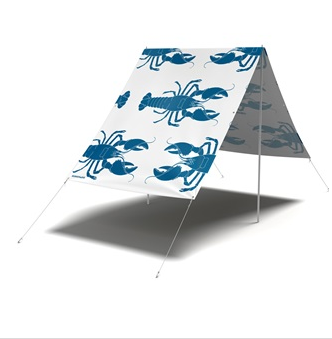 Fuel for the fire

Right – time to get some food cooking! One of the advantages of having the festival experience at home is that you aren’t queuing for half an hour in the sagging muck, waiting to pay £10 for a hotdog that doesn’t have any relish or onions.

Good eating is super important to keep those spirits high, so why not invest in an Uuni Pizza Oven, the mouth-watering accompaniment to outdoor living? It cooks pizzas in just a couple of minutes, blasting the dough with an authentic, stone-baked flavour. Cooking solutions like this are hard to come by your family and friends will be wafting eager plates towards you as another quick-fire Margherita shoots from the flames. And its loved by all who buy it with a 100% customer rating on Feefo! 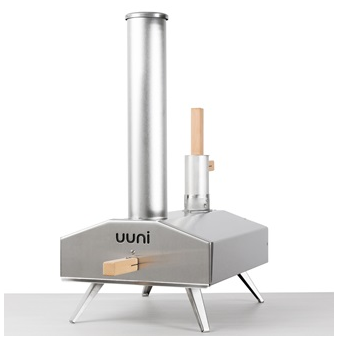 Feeling a carnivorous urge take over? Hungering for the taste of rich, barbequed meat? A Lotus Mini Grill & Camping Stove is your best friend for these occasions, packing a ridiculous punch for its size. Whilst being much smaller than an average BBQ, there’s no glut of burgers, skewers and cheeses it can’t handle, as its fan system enables rapid cooking without excessive amounts of fumes. Need a little more grill room, then go with the Large Lotus BBQ Grill instead, its taken 1000’s of gardens by storm already! 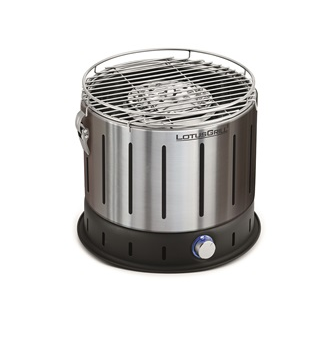 Buns thoroughly quaffed, a palette cleanser could be next on the cards as you watch the children fool around in a not-so-silent disco. The Minispresso Portable Espresso Machine does the trick, crafting full-flavoured coffee shots at the touch of a button. You can hold 7g of coffee inside, providing all the top-ups you could want for an evening. Or, if caffeine isn’t enough, it’s worth filling up a Corkicle Canteen Triple Insulated Vacuum Flask with a bottles worth of white wine. Keeping vino chilled for up to 25 hours, it’s a nice alternative to a regular ice bucket, and will suit any languorous host indulging in the charm of a festival. 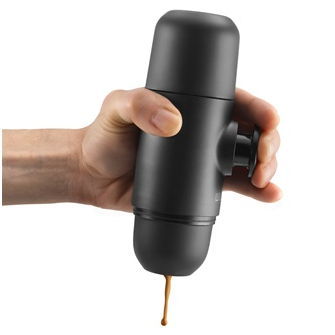 Winding down with style

With a glass of tipple by your side and the kids pooped from all that boogying, it’s the perfect time to lie flat on your lawn marvelling at the clouds or stars overhead. Have a stretch on the Matador Pocket Blanket by Eskimo, a divine little item that folds out to a standard-sized picnic cover. Any scraps of food left over – stray scotch eggs dropping into mouths that are more horizontal than usual – can be enjoyed in comfort on this plucky lounging accessory. 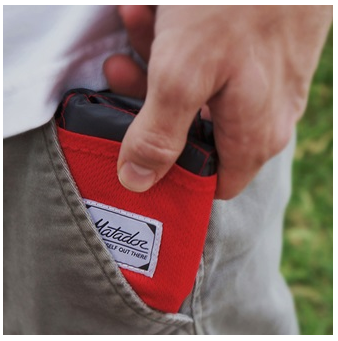 A grander spread unrolls in the form of the Lhasa Outdoor Rug, one of Indian designer Fab Hab’s most popular selections. With its hypnotic diamond pattern bursting over soft, eco-friendly material, there’s plenty of room for the family to lie side by side, like the collapsed regiments of festival-goers through the ages. 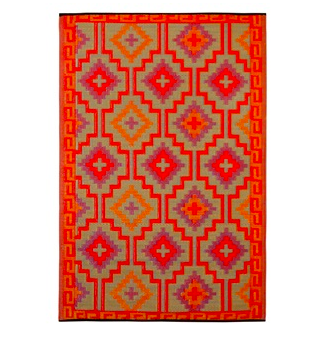 Every festival needs its closing act, though, right? Night has fallen, and there has to be a capper for such a great day. An Aglow Bluetooth Outdoor Speaker could fit that mould exactly; its dimming lantern can be modified to several light levels, setting a gradually conclusive tone to the last vestiges of fun. The sound quality is top-notch, expelling the strains of a slow electro track, or whatever you think is a suitable conclusion, over the rustling walls of your mini universe. 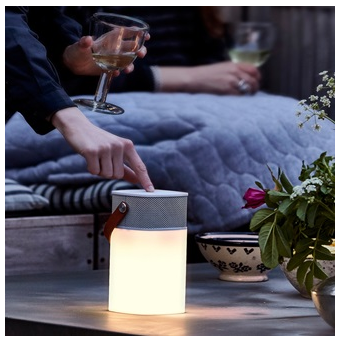 No-one will forget any day or long weekend like this; the DIY festival is an unexpected treat for homeowners who missed out on those Isle of Wight tickets, or a group of young friends who can’t afford a flight to Outlook. Families, acquaintances, and curious neighbours will all fall under the festival spell once you deck your garden out with any or all of these uber-cool items.

And best of all, you can still take these items away with you when the call of the stage and the bogged down crowd beckons!

For more ideas that put a spin on a familiar patch of grass, check out our garden furniture and accessories. Like those Glastonbury fanatics, we’re waving the flag of where we’ve come from – the ultimate garden heaven!