In a recent upset, celebrity survivalist Bear Grylls declared that children should be allowed to play with knives.

“Sometimes in life we get cut. My six-year-old recently cut himself on a knife, and came in with blood pouring everywhere, but, you know what? He’s not cut himself again.”

Grylls’ opinion has divided parents across the country, with one camp calling his opinions dangerous; this isn’t just a case of “health and safety gone mad” – knives are, and always have been dangerous, and kids have no place playing with them.  Sure, Grylls’ son cut himself and won’t do it again, but what if that first “warning cut” just so happens to be fatal?  However, the other camp argues that Grylls is onto something.  They say that Britain has become a country of mollycoddling, which is failing to prepare kids for an adulthood in the big, bad world – where they will be using dangerous things like knives.  They argue that getting hurt, and as a result learning from it, is an important and significant part of growing up!

Whether you agree with Bear Grylls or not, parents know that – whether it’s from getting a bit too up-close-and-personal with something that’s dangerous, or just picking up a few bumps and scrapes in the garden, kids are inevitably going to get hurt!  With this in mind, we’re going to be taking a look at how we can inspire kids by really pushing the boundaries of playtime – the Cuckooland way!  Show them a life outside of Facebook and the Xbox! 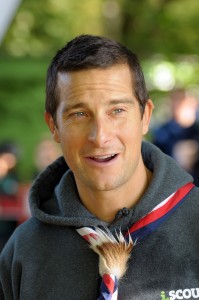 Whether it’s your back garden, or the back of beyond, it’s always a good excuse to get kids out into nature!  And what better way to do this than make a game of it?  Get your kids out and hunting for bugs and insects; help them identify them and provide them with some interesting tidbits to get them stimulated by the world around them, rather than leaving it to the television!  Take a brother or sister, or invite some of your child’s friends around, and make a competition of it!  But don’t neglect to do your research first, mum and dad!  You don’t want to be caught out!  Also – do watch out for things that bite!  Or perhaps if you’re reading from the Bear Grylls book on parenting, let them enjoy a ride on the back of the giant Huntsman spider and figure it out for themselves… 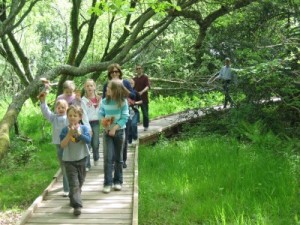 When it comes to kids, a garden isn’t just a garden; it can be a magical forest inhabited by fairies and dangerous goblins; or it could be a treacherous, booby-trapped jungle full of wild animals to battle or befriend (normally the former, and normally the cat)!  But why not aid those active imaginations with some quirky and unique swag from Cuckooland’s children’s garden range?  Turn your garden into a scene from the Wild West, or a pirates’ lagoon (though no real swords, please Bear) with the help of our outdoor playsets, and really let their imaginations run wild! 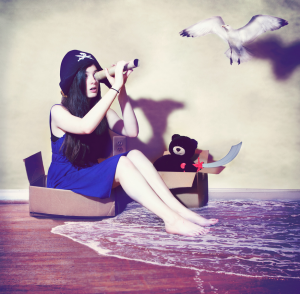 “Two hundred years ago, I doubt there was a six-year-old in Britain who couldn’t start a fire with a knife and a flint. It would be like a six-year-old today using a fork to pick up a fish finger. Kids were taught to be resourceful and practical.”

If the Scouts do it, surely it can’t be that dangerous?  Whether you agree with his viewpoint on knifeplay or not, surely Mr. Grylls has a point when it comes to the resourcefulness of kids nowadays.  Lighting a fire is challenging, and is a great bonding activity; not only that, but it’s a big part of our cultural history.  Of course, we don’t suggest starting a massive fire in your back garden, but why not take the kids out to go and rough it in the woods – just like old times?  Teach them to gather materials for kindling; light a fire together, and share some ghost stories – just like old times!  After all, you never know when skills like that might come in handy!  Don’t forget to add your own quirky and unique edge to playtime with some of our Cuckooland kids’ tents! 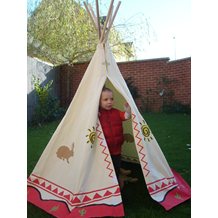 So, parents, we’d like to hear your opinion on inspiring childrens’ playtimes!  Do you agree with Bear?  Is nanny-state mollycoddling causing British kids to grow up unprepared for the dangers of the real world?  Or do you think that playtime should be safe, and that we should be teaching kids that playing with knives and fire should only be jobs for grown-ups?  Let us know what you think in the comments (and please try to keep it civil)!