In one of those ‘blink and you’ll miss it’ moments, the 13th of July saw us residents of the UK celebrate all that is geek chic with National Geekness Day. Geeks have revelled in something of an uprising of late, with the lifestyle becoming increasing trendy (Hipster is nothing more than a synonym for Geek in the eyes of many). We need only look at the increasing popularity of the recent Marvel movies, or TV shows such as The Big Bang Theory to testify. But what does it mean to be a Geek, and more importantly, how can you help the geek in your life celebrate this momentous occasion (hint – check out our unique gifts for him here)?

There is a reason Geeks are becoming more and more loved around the world. The uprising of the digital age has meant the world is ever reliant upon with an obsession for the technical, but unlike their socially awkward counterparts, the nerds and the dorks, Geeks love to surround themselves with the socially excitable. 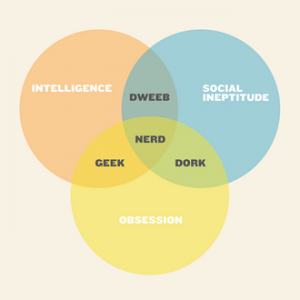 At risk of painting socially deficient or intelligent people in a negative light,  we must state these are typical conceptions.. but they are just a basic outline of the dictionary definition. It is better to look at the bigger picture. For example, a nerd is seen as someone who can call on a vast amount of knowledge on a variety of subjects, especially on subjects of a technical nature. Whereas, a geek is seen as someone who has a lot of knowledge on a more specialised subject, but still enjoys the more social aspect of life.

Break out the Board Games

Board games are a great way to show your geeky side, and it doesn’t matter if you have a talent for quiz games or you wish to play something with a bit more of a sci-fi angle to it, sitting down to play a board game with friends and family are a great way to spend a few hours. Take for example Dungeons and Dragons – the classic role playing game has strong ties to the geeky lifestyle – nothing says geek better than a rousing adventure through the realm of Dungeons and Dragons.

The archetypal ‘Geek’ book typically centres around sci-fi or supernatural themes, but don’t let this simple classification fool you. The ever increasing popularity of the Twilight and Hunger Games series is giving rise to a whole new fandom of self-confessed geeks. There are millions upon millions of books out there just waiting to be read, and there are loads of geek related subjects out there, and if you are a fan of something such as Game of Thrones by George R. R. Martin, there are at least 5 books in the series, with more on the horizon. If you’re unsure where to start check out this list by Wired. There has never been a better time to be a geeky literary lover. 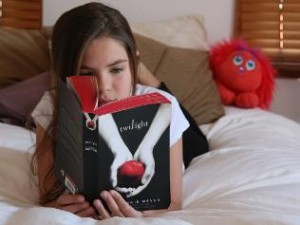 Take in a Movie or 3

A lot of nerds and geeks are fans of comic books, and many of them have built up a sizeable knowledge, and there are lots of movies that are connected to many of the popular comic book characters. There is usually a new super hero film out at the cinema, or you can buy or rent your favourite super hero movies such as Superman, Spiderman, the Avengers, Captain America and many more (click here for some inspiration). Just be sure to book off enough time to watch the full ‘collection’ if there is a trilogy involved. It would go against the nature of National Geekness Day were you to watch a single Lord of the Rings film.

Dress up in a Costume

Although you could end up with some odd looks, but it can be great to dress up in a costume, especially if you are heading to comic-con or an exhibition, plus, you will not be the only person who is dressed as their favourite comic book or sci-fi hero or heroine. Last weekend saw the Manchester Comic Con attract just under 20,000 attendees, many of whom opted to attend in full Cosplay dress (a true testament to the uprising of the Geek if there ever was one). There is a rich tapestry of art to draw from when considering Cosplay – allow yourself to become immersed int he world and find a character who truly inspires you. 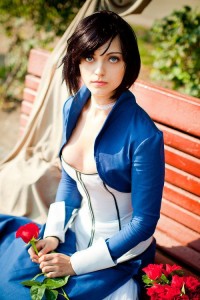 The polar opposite to the technophobe (those fearful/resistant of technology and its advancement), the technophile is defined as a lover of all things technical. In the modern age we are so surrounded by technology that it can be hard to escape its grasp. Whether you are finally getting your head around the iPhone your son insisted you buy, or taking your first foray into tweaking your holiday snaps with photoshop, stop resisting and start embracing; there is much to love with technophilia… and whilst your at it why not check out our unique tech accessories.

In truth, everyone has a bit of a geeky or nerdy side, which often shows itself when you are dealing with something that is important to you, or it is something that you have a strong interest in or plenty of knowledge of.

So why not jump on board the geek train this July, and celebrate everything that is good and geeky in your world by doing something a little bit nerdy. Enjoy the summer.