The saying goes that ‘a zebra’s home is her wildebeest’ (who Gnu right?) and a humans home is their castle!  Sticking with the human theme… a home is a reflection of style, identity and personal design.  Even if you don’t have bags of money to throw at an architect (Grand Designs style) your home is still every bit an extension of yourself.  However, when people do have the opportunity to create a home from scratch the results are often a spectacular display of creative flare. Here at Cuckooland we love the inventive, creative and all out expressive uniqueyness which comes with designing a home. So, we have sourced a few homes which are sure to be the quirkiest dwellings you have ever seen.  Sit back, relax and let us take you on a journey through the craziest constructions ever to call themselves homes….

If a Hobbit won the Lottery and was in the market for a modern dwelling this would be his house of choice! The Hilltop House is a five bedroomed circular home which was built on a former hilltop reservoir in Devon.  With its very own tunnel entrance, gallery and double garage it is sure to be a hit with any Tolkien fan.  Featuring a 6,000 sq ft interior and views of the seaside town of Sidmouth, it’s easy to see why this underground mansion is on the market for a cool £1.25m! You need to sell all your ‘precious rings’ if you want live in hobbit luxury. 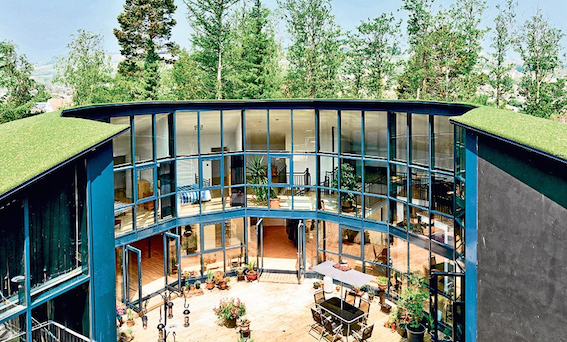 Well Hello Kitty! This entire mansion was created in Shanghai to to pay homage to the worlds most famous feline.  The interior and exterior all feature Hello Kitty inspired designs, with the interior sporting Kitty style chandeliers, furniture and even utensils.  Unfortunately you cannot buy the Hello Kitty mansion but for a staggering $400 a night, you can stay in this pink palace of wonders. Now we’re not saying you’d be crazy to do so, but you would require a slightly worrying infatuation with the cute kitty to want to stay in the Hello Kitty House. 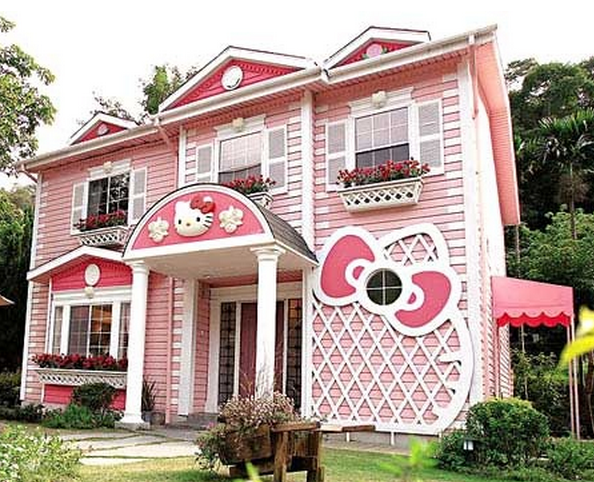 Any desire to withdraw from the world and crawl into a shell? Or perhaps just take life at a snails pace? The Nautilus House was constructed in 2006 by renowned architect Javier Sanosiain. Javier who was put to the task of creating a home for a family of four who wanted something a little more off-beat from the usual run-of-the-mill house.  So, taking inspiration for the world famous Gaudi and American architect Frank Lloyd Wright, Javier created something of a sea shell masterpiece which has gained its very own notoriety amongst designers. 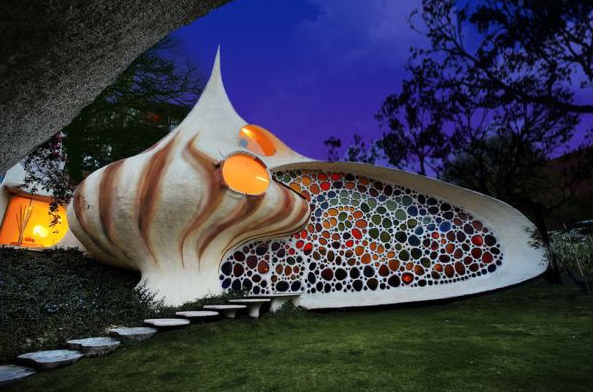 Part magic eye, part magnificent architecture the Cubic Houses of Rotterdam are a wonder to behold.  Designed by architect Piet Blom in the 1970’s, this creation of curious cubes was no easy feat.  Piet was commissioned by town planners to solve the dilemma of building houses on top of a pedestrian bridge.  Some architects would have shied away from such a mammoth task, however Piet was not fazed and created homes so complex they became something of an iconic dwelling among the residences of Rotterdam. If you are particularly taken with the Cubic Houses of Rotterdam the average purchase price is €300,000. 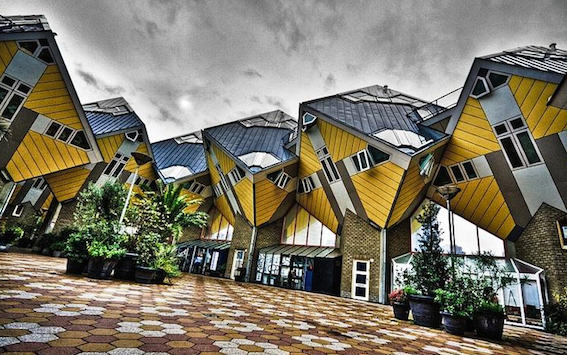 “Fly me to the moon, let me play among the stars…’ Literally! Not content with ruling the world of fashion, Naomi Campbell now wishes to rule the galaxy with this incredible spaceship style house. commissioned by Campbell’s Billionaire boyfriend, the spaceship is located just outside the city of Moscow and features extremely tall ceilings, a Finnish Spa and even a dance floor.  The house has been designed by renowned architect Zaha Hadid who helped create the Opera House in Guangzhou  and the Olympics Aquatics Centre in London. We wouldn’t even want to guess the price tag of this intergalactic dwelling. 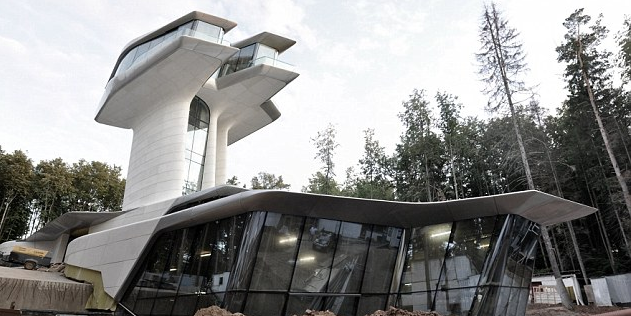 ‘A recent visitor to Magog, Quebec read about the “Witch House” in Fitch Bay and badly wanted to see it’, writes the author of an ‘unexplained mysteries’ blog post. ‘When she arrived it was shut down and the assumed owner came out and said “No pictures, it’s evil and we’re closed down.” Everyone they asked said the same thing “It’s closed down” and that’s it. No one would say anything more and either walk away or changed the subject’. Whilst little is known about the mystery of the ‘witch-bay-house’, its quirky design, complete with a quirky weathervane, could be the most interesting residence on this list. 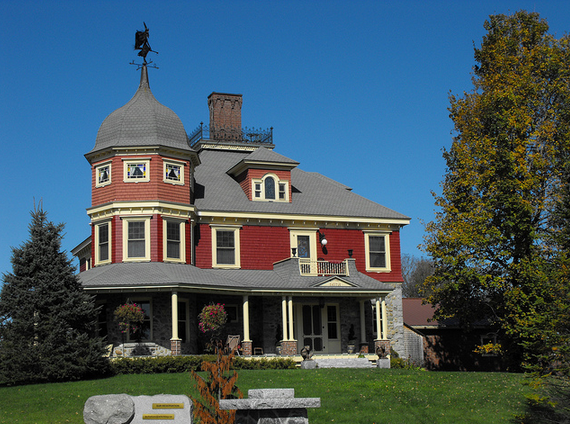 Do you have a favourite ‘quirky home’? Share your thoughts with us in the comments section below.