So, the inevitable has happened.  Except this time, the inevitable has happened even earlier than usual!  England have been knocked out in the group stages by a hattrick of nightmare games.  If you were hoping that this early exit would mean a swift endgame to World Cup fever, we’re afraid to inform you that you’re mistaken.  There’s still another good few weeks of Added Extra Time for World Cup mania, which means that, with England coming home, it’s time for men from up and down the country to become part-time pundits.  A tenner on Columbia and a fiver on Costa Rica; and the rest of their winnings on a Holland-Germany final.  Women of England, I’m afraid we’re in it for the long-haul.

Not so long ago, we offered our support for the neglected WAGs of England with the Cuckooland 2014 Official World Cup Survival Guide, in which we outlined a few of the things that you could do to make the most of the alone-time you’ll get while the boys are being babysat by the widescreen down at the local.  We mentioned that it might be worth treating yourself to a few gifts – maybe for yourself, or maybe for your fellow neglected women during football season.  So with that said, here are just a few of my personal favourites from the Cuckooland range!

Something for the garden

Ah, football.  The beautiful game; in which attractive millionaires throw themselves on the floor for 90 minutes.  But Lionel Messi doesn’t have to be the only one getting his knees dirty.  While he’s distracted, why not use that time to take up a hobby?  Maybe the garden has always been the man of the house’s job.  And if that’s the case, then you’ve probably noticed that it’s started to become a bit tatty since the World Cup began.  So rather than staying indoors while the hubby/boyfriend and his pals insult the telly, why not get outside in the fresh air and stretch your green fingers?  Make that garden yours – and make it something to be proud of!  Oh, and don’t forget to check out the quirky-yet-girl Orla Kelly range of garden essentials. ‘Quirky girlie’ means he’ll leave them alone!

While hubby’s spending the evenings lounging around in his vest and undies, why not make the most of that time to make sure your own fashion sense doesn’t fall behind the times?  And why not start right here, with our very own blog post on the revival of the clutch purse?  And of course,  Cuckooland being Cuckooland, we have a whole range of quirky and unusual purses; whether you’re a small-town girl or a big-city lady, we have clutch purses (as well as standard handbags!) in all kinds of different colours and materials!  You’ll be spoiled for choice! 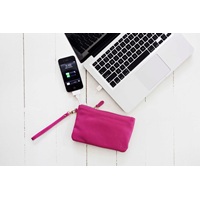 If all else fails, there’s chocolate.  Isn’t it fantastic to live in an age in which all ills can be healed by this magical, melty solution?  While the boys are watching Suarez nibbling on an Italian, why don’t you ladies bite into a bit of Belgian?  You see, in Cuckooland, chocolate really does grow on trees!  Don’t believe me?  Well check out some of my absolutely delectable chocolate trees, straight from the Weepawoo Valley!  And for those of you not so into the yummy melty stuff, we’ve also got a nice selection of sweet trees, the branches of which provide; not fruit, but your favourite classic sweets!

It’s no coincidence these scrumptious chocolates make for the ideal unique gift for her. 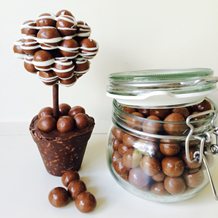 While he’s squandering his money on ridiculous bets, make a real investment in yourself!  Adorn yourself with some quirky and classy Cuckooland jewellery, and be the envy of all the other WAGs!  Whether it’s earrings, bracelets or pendants, you’re certain to find something that really brings out the inner you!

We hope we’ve inspired you to really treat yourself this World Cup season; after all, you deserve it!  For some more quirky and unusual ideas for World Cup self-help gifts, be sure to check out our full range of gifts for her!  And try not to fret to much – there’s only a few weeks left!  And don’t forget – you can get your own back by insisting on having Wimbledon on the telly during the day!